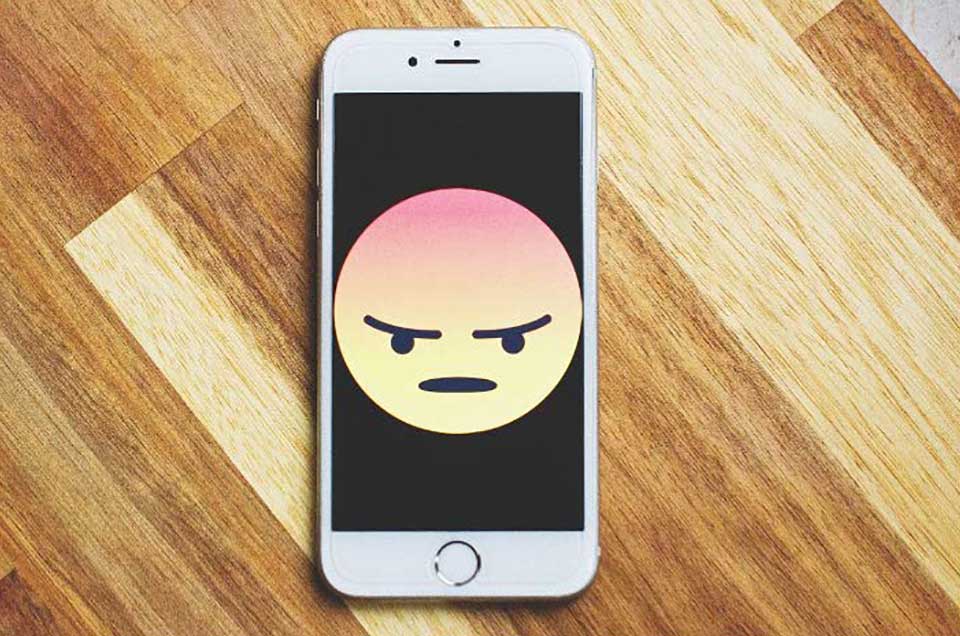 “Anger is an acid that can do more harm to the vessel in which it is stored than to anything on which it is poured.”

Some of us have been encouraged over the years to suppress our emotions -the safest path is emotional neutrality. The reality is our people want to see who we really are. When we are at our best, and our worst.

This is a new, four•part series exploring leadership and emotions. Leaders are expected to be authentic, and this requires us to express our emotions.

Our goal is not to eliminate emotions in the workplace. We aim to better understand and manage their impact on our relationships, and our results.

Anger issues – a perception that has led to the destruction of many careers and work relationships. Short fuse. Intimidating. Does not work well with others.

These perceptions send us a message – anger never belongs in the workplace. I disagree.

Destructive anger is always inappropriate. Losing our cool to create fear or belittle others is out of bounds. However, managed anger to convey our disappointment by sharing our emotions in a constructive way can be very effective.

Even when we keep our anger to ourself.

Abraham Lincoln occasionally got mad at one of his generals. Rather than take it out personally directly, he’d write a long letter outlining his case why they were wrong and what he wanted to them to know. Lincoln would then fold the letter up, put it in his desk drawer and never send it.

Sometimes the best anger option is to “return to sender.” Understand your emotion and restrain your frustration.

We have all witnessed inappropriate outbursts of anger, and many of us have experienced shame for poorly expressing our frustration. Anger is often powerful, loud, and feels personal. It can take the air out of the room. It is easy to release and difficult to forget.

On the other hand, anger can be effective in small doses in the right situation. By expressing our frustration low volume and not personally, we convey our disappointment in an outcome without compromising the relationship. Managed anger directed at the outcome, not the individual.

I recall a former direct report who struggled with owning mistakes and frequently missed deadlines. He was an expert deflector of blame onto others. His favorite targets were upper management and support departments, such as HR and IT. If only they had their act together, these mistakes and missed deadlines could have been avoided.

At first, I gave him slack. He had much more experience, in management experience than I did. I really looked up to him. However, over time his excuses wore me down, and one day I lost my cool. I regret the level of my anger, while realizing my message was correct.

We did not speak to each other for about a week. Finally, I asked him to meet with me to discuss our previous conversation. I did apologize for being angry, and he surprised me by saying he had ii coming. My anger awakened him to a
leadership flaw – he was letting me and others down by avoiding personal accountability. We moved forward to a better relationship.

I sense my fuse is lengthening as I get older, but it is still there. I have more restraint after years of giving and receiving anger, and I now calculate the consequences of blowing my top. Maturity and wisdom have built a few guard rails to protect others from me.

When emotions live on the edge, it does not take much fuel to ignite the fire. Healthy emotions in the workplace thrive in the middle of the emotion spectrum. Maintain emotional control to see and act clearly.

Former President Obama one day met with his staff to review a major mistake.
“I could have chewed you out – I decided not to.” He sensed the lesson had been learned, and his fury would not be effective.

Anger recovery often requires an apology to repair the situation and regain trust. Own your emotion by explaining your frustration and actions. Don’t forget to restate your point – poor delivery does not excuse the need to correct poor results.

Leaders with passion tend to attract many followers. They manage their emotions and translate their passion into results, occasionally employing anger to express their frustration. They react through composure, restraint, and recovery – a guide on how to get angry and remain effective. Take a fresh look at what your anger is doing inside you, and beyond you.

Story of Japanese interment camps in the United States during World War Two. The author features young men of Japanese and Hawaiian ancestry who fight for their country in Europe, while their United States citizen parents and families are held in camps against their will. My leadership lesson was systemic racism is not a recent discovery, and we must be vigilant to protect the freedoms of all people.

Describes seven challenges that no one expects and everybody experiences. Cynicism, compromise, disconnection, irrelevance, pride, burnout, and emptiness. The irrelevance chapter was impactful to me, reminding me the need for continuous professional growth.

The Last Trial by David Guterson

Attorney father and writer son partner together in a murder case of an adopted girl from Ethiopia. Lessons abound in the book regarding race, class, and the criminal justice system. Leaders need to champion justice within, and beyond the workplace.

Have a great week!
Todd