Receiving Feedback – Their Perception is Your Reality 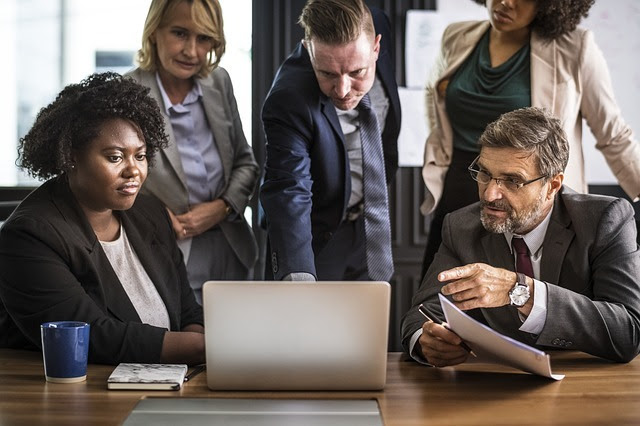 “Susan is very talented but does not work well with her peers”.

After five years of long hours and superior results as a manager, Susan’s career appeared ready to take off. She was chosen by senior leaders at her firm to participate in a high potential program, offering training opportunities and a professional coach. The coaching process included receiving 360 feedback from her supervisor, peers, and direct reports.

While she was honored to be selected for the program, she quietly worried about receiving feedback on her leadership style. Susan had completed self-assessments in the past, such as Myers Briggs and Strength Finders. Now she was leaving that safe zone of defining her leadership through her eyes and inviting the perceptions of others.
Susan eagerly anticipated her 360-feedback report and finally an email from HR appeared in her inbox. As she hit the “Open” button, her excitement turned into fear.

How could others have rated her so poorly in three of the fifteen leadership competencies? Susan had only glanced at the positive feedback and could not get her mind off the three areas with lower results. Is the feedback inaccurate or have others been reluctant to share constructive feedback?

Her first meeting with her coach (me) did not go well. Susan was defensive, stating she could tell which individuals had rated her as ineffective – “I know who said that”. I reminded her the process was anonymous and she needed to own her results – both positive and negative.

Susan could not stop thinking about her feedback and soon her performance on the job deteriorated.
But stories like Susan’s aren’t unusual. We all have a choice when receiving constructive feedback. The positive response is understanding how others perceive us and looking for opportunities to grow. Conversely, focusing on the negative can result in anger, rejection, and defensiveness. The choice is ours.

Research from Gallup confirms employees who receive regular feedback are more productive, are less likely to leave, and their organizations enjoy greater profitability. Studies have also determined our ability to self-assess our leadership behavior is poor, and we really need the perceptions of others to increase our effectiveness. The bottom line – receiving feedback is critical to our growth and we need to get better at how to do it well.

Appreciate the Messenger
Last month this newsletter discussed the reluctance and difficulty leaders have giving feedback (click here to read). Build rapport by conveying your appreciation to the messenger through words and non-verbals, creating an atmosphere of gratitude and respect.

Respect the Process
No process is perfect, and you will find something wrong with the feedback. Keep the attention on your behavior. For example, Susan needs to ask what “does not play well with others” looks like, versus trying to find out who said what. She should ask for examples including the impact of her behavior on others.

Do Nothing – Then Act
Susan had three development needs out of fifteen leadership behaviors – an overall positive report. She needs to keep her perspective and begin by doing nothing. Once she has absorbed the message, particularly her strengths, she should work with her supervisor and coach to leverage her best behavior and manage her blind spots.
What happened to Susan? The feedback highlighted her need for greater humility and peer teamwork, and she slowly began to change her approach. Susan began to listen more actively, affirming other people’s comments as a good idea, and focused on collaborating rather than competing. While the feedback was difficult to hear, the voices she needed to hear were heard.

Many of us say we want constructive criticism – “Go ahead, I can take it”. The reality is we struggle to deliver and take what needs to be said. Feedback, not silence, is your reality check.
Have a great week!